​Urge The UK Parliament to End The Badger Cull!

​More than 70,000 healthy badgers will be shot this autumn in the UK government’s largest ever seasonal cull.
​The Hufflepuff House emblem, as we all know, is the badger. These quiet and resourceful  animals are no stranger to hard work and toil. They’ve been around for as long as 400,000 years and meticulously tunnel out entire underground burrow systems called setts for themselves and their families. Badgers have been known to live in setts that have held generations of badgers, some of them even centuries old! Unflinchingly loyal and loving, every badger has a purpose, a home, and a community.

Badgers are also surprisingly fierce. Contrary to their cute appearance these black and white mammals are total warriors.When under attack, or in times of peril badgers fearlessly fend off animals even triple their size. Much like the students in the House they represent, badgers  l fiercely protect themselves, their friends, and their loved ones.

That’s why it’s with a heavy heart that we have to share this Hufflepuff heartbreak: England’s badger cull is bigger than ever this year.
Thousands of badgers have been needlessly slaughtered over the years in the archaic and needlessly cruel annual badger cull.
The UK government has waged “ecological warfare” on badgers under the pretense that badgers carry a strain of bovine TB that could potentially harm cattle. Conservationists have found that these mass killings of badgers has made no meaningful contribution to cattle TB control in Britain. There are even vaccines for badgers and cattle available!

Instead of doing away with the cruel annual badger cull like they promised the UK government has expanded the hunting grounds to eleven new regions.

For conservationists, animal lovers, animal protection organizations like the UK’s Badger Trust, and of course, Hufflepuffs, this blatant disregard for badgers is, as Elphias Doge would put it, a monstrous betrayal.
In an effort to band together with all our badger bros and babes and “Protect the Puffs,” The Protego Foundation is launching a new campaign. Join us as we urge The UK Parliament to end the badger massacre once and for all. Whether you’re a witch, wizard, squib, or muggle we need you to stand by Hufflepuffs and badgers!
​
We’re counting on you to take action!

“"Hufflepuffs are trustworthy and loyal. We don’t shoot our mouths off, but cross us at your peril; like our emblem, the badger, we will protect ourselves, our friends and our families against all-comers. Nobody intimidates us.”
Click here to learn more
​
The Protego Foundation’s campaign, “Protect the Puffs,”  is our demand to the The UK Parliament to end the badger massacre once and for all.  We urge you witches, wizards, muggles and squibs to join us in protecting badgers by signing petitions that go directly to the UK Parliament and decision makers calling for the badger massacre to be banned worldwide.
The Protego Foundation is also encouraging all you magical (and non magical) animal lovers to help support The Wildlife Trust (and its efforts raising money to develop vaccines, petition, lobby and more) by buying a pin that supports the protection of badgers.

Put Your Name on the Puff Army List
Join over 99,000 puff protectors worldwide in signing the Care2 Team petition to end the UK Badger Cull that goes directly to the UK Parliament.
CLICK HERE TO SIGN THE PETITION

Protect Puffs and Get a Pin!
Buy a Pin to Support The Wildlife Trusts efforts to end the badger cull.
*Insert photo of pin with link to where to buy* 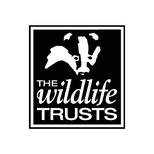 ​With your help can we save these majestic creatures!